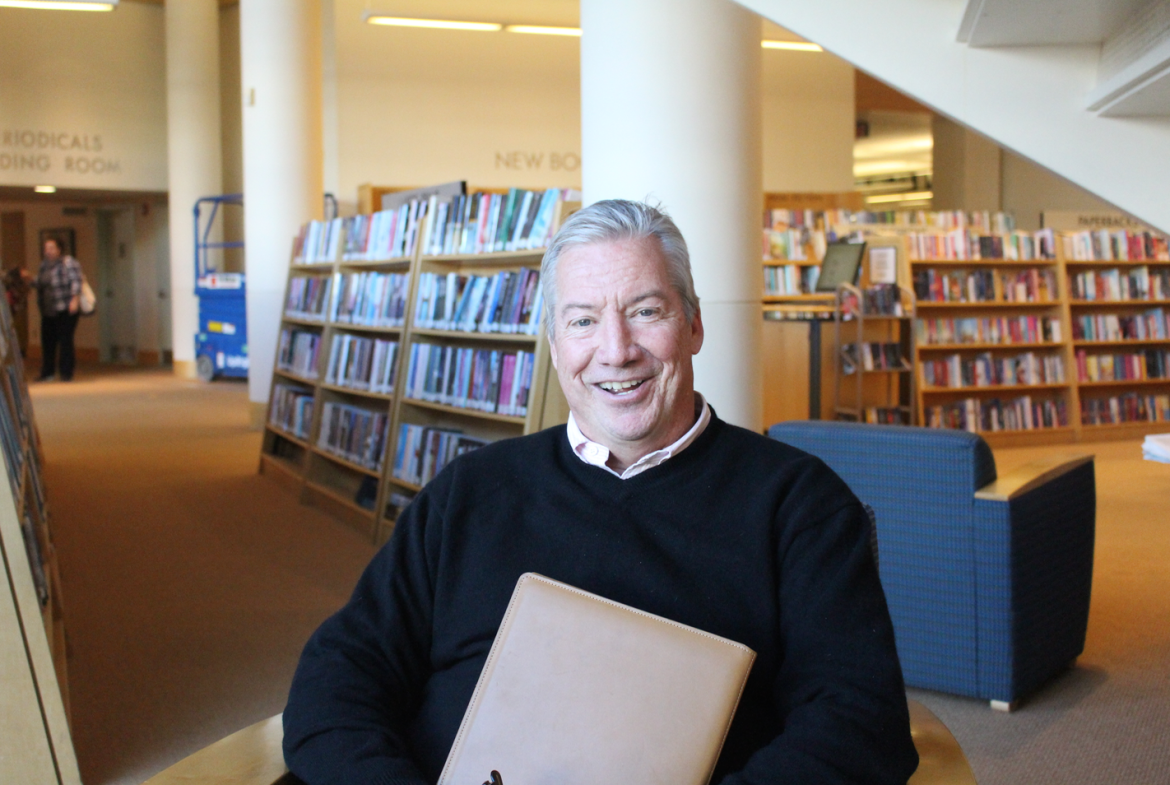 28 Oct Press: Hitting the Center of the Bullseye with Greenwich’s Tom McGarrity

Posted at 03:33h in Press by Matt Stellwagen 0 Comments
Share

“It’s a great metaphor for life,” McGarrity said. Not only did the words stick with him for decades, but as years passed he realized the value of having a mentor.

McGarrity, who grew up on North Maple Ave and is eagerly anticipating his St. Mary’s reunion next month, recalls the days when Greenwich kids rode their bikes everywhere, and nobody had their head down, focused on a device. People looked each other in the eye. They shook hands and greeted each other.

“You would call a friend on the phone and say, ‘Hello Mrs. Smith, it’s Tom McGarrity, may I speak to…’” he said.

“I can cook you a fish, or I can teach you how to fish.”
Today, McGarrity’s Center of the Bullseye Consulting, is not only a tip of the hat to Perenchio, but a guiding principle for his consulting business. McGarrity, who went to Colgate University, works with college seniors and recent graduates in all aspects of their job search.

“We do workshops to create real world scenarios,” he said, adding that he teaches the fundamentals he sees lacking in a world of devices and social media. “I can cook you a fish, or I can teach you how to fish.”

McGarrity, who is certified to administer the Myers-Briggs Type Indicator (MBTI), an assessment, which is part of the services he offers, said he helps young job seekers get off the sofa, hone in on their passion, and find employment. Clients can arrange a series of one-on-one workshops over 4-6 weeks, or opt for an intensive weekend session.

“When I went to college someone took me on as a mentor in advertising,” McGarrity said, adding that he had an affinity for mentoring himself. Throughout his career in advertising sales, which included positions at Gannett, Blair Television and a long run at Univision, said he took on interns almost exclusively from Colgate.

Retired 8 years ago, McGarrity has eased into what he had always enjoyed: helping young people entering the job market.

McGarrity finds it immensely satisfying to see a young person’s confidence grow to the point they embrace the job-seeking process and land a job they enjoy. He describes his approach as somewhat unorthodox. “It’s not a job placement service.”

McGarrity said recently 65 kids signed up for his presentation on interview skills at Hobart, where his son Tucker is a sophomore. A believer in the timeless advice of Dale Carnegie, McGarrity works helps young people hone their interview skills, develop interpersonal skills, use people’s names, initiate conversation — all skills with value far beyond landing that first job.

“It’s rough out there,” McGarrity said. “This generation will have a dozen jobs or more, so interview skills are more important than ever. The economy stinks.”

“If you have a kid out of college, at home on the sofa, they need money to eat, go to CVS, go the movies. You didn’t budget for that,” he said.

After participating in McGarrity’s workshop, young people stay in touch until they find employment.  “These kids have had their social skill retarded. But, if they learn these skills, they stand out,” he said.

“I want to see these kids succeed, do well and feel more confident. These are learned skills. It’s not your GPA, but your ability to make a connection. If you can learn that at 25, not 45, your life is enriched.”